IT ALL STARTS WITH A PARADIGM SHIFT

Paradigms are the hinge that the better life swings on.
-Bob Proctor

WHAT IS A PARADIGM?
A Paradigm is a mental program that has almost exclusive control over our habitual behavior…and almost all of our behavior is habitual.
Paradigms are a multitude of habits passed down from generation to generation.
Paradigms are the way you view yourself, the world and opportunity.
Paradigms are how you approach change and challenges.
Paradigms are your autopilot.
Paradigms are responsible for almost every single thing you have in your life right now … causing you to live the same way you always have, day after day, year after year, getting the same results – not realizing how close you actually are to a breakthrough.
If your income today is much the same as it was two years ago, then it will be the same two years from now if the paradigm doesn’t shift.

YOUR PARADIGMS ⇒ YOUR REALITY
Let’s consider how Paradigms can appear in your everyday life…
Have you ever known someone who was painfully shy? Perhaps that’s you – ever wonder how they got that way?
Or perhaps someone who is habitually angry it seems; upset at every turn in life and unable to see the positive in any situation regardless of its presence.
Maybe you know someone who has battled fluctuating weight for years, decades even. They seem to be on track for a while, getting healthy and dropping pounds yet they always seem to bounce back to where they once were.
Well, it’s all controlled by Paradigms, YOUR Paradigms.
And they can even affect your bank account, controlling what you believe you can achieve financially without you even knowing it.
But the key to freeing yourself from these Paradigms, or mental programming, is awareness and understanding of them. Couple that with a little bit of faith and you’re on your way to real and true FREEDOM!
Mentally, financially, in your relationships, in every area of your life – FREE AT LAST!
Faith based on understanding is the true key to freedom – blind faith is useless. The first bump in the road it’s gone.

At the Paradigm Shift Seminar you’ll discover how you can transform your finances, health and lifestyle when you change your mental programming—your paradigm.
This seminar synthesizes decades of study, application and teaching to explain what paradigms are, how they guide every move you make, how to identify your paradigms – and most importantly how to make a Paradigm Shift.
Over the course of the two-and-a-half-day seminar Bob and Sandy will zero in on how to replace a paradigm that doesn’t serve you well with a new one that frees you to create the life you really want.
Once your paradigm shifts, you will expose yourself to a brand new world of power, possibility and promise.

It’s not easy, It’s worth it.
When you’re doing something that’s out of the ordinary, the paradigm will try and stop you – if you want to win, you have to keep going.
You can find your paradigms masked in complacency, fear, worry, anxiety, insecurities, self-doubt, mental hurry and self-loathing – the result is keeping you STUCK, locked in a box … starved of your dreams and ambitions.
This change is not easy, but it is worth it – and the results are lasting.

UPDATE YOUR PROGRAMMING, UPGRADE YOUR LIFE
Ever have your computer or phone prompt you to upgrade to the newest software update?
Of course you have. It can be quite obnoxious, but that feeling of relief after the update is complete and you’re up and running at a new level is something like pure bliss.
Well, just like your computer needs to update to the most effective programming – so does your mind!
And the reminders can be just as obnoxious and even more obvious – they show up in your bank account balance, on the scale, lurking in your relationships and nagging at your personal fulfillment.
Here’s the thing, upgrading the program of your mind can be easy and it can even be fun – IF you know how to do it. This is what Bob Proctor refers to as a Paradigm Shift, and it’s quite possibly the most valuable piece of information needed to live a full and successful life.

This Is NOT A Motivational Speaking Event.
This IS A Teaching Seminar Where You Will Learn How to Identify and Shift Your Paradigms in Order to Live a More Productive and Fulfilling Life.
Bob and Sandy will cover the depths of paradigms and how YOU can have YOUR paradigm shift over the course of this 2 and half day seminar.

Bob went from down and out to changing the world –
Bob was a high school dropout who had debt up to his ears.
He found himself jumping from low paying job to low paying job never able to get ahead. Not only did he hate what he was doing, but like so many others, he was petrified of losing his job. At age 26 he had a steady career as a firefighter. He was earning $4,000 a year, and he owed $6,000. Although this was considered an above average job and wage at the time he couldn’t see himself getting out of debt and living an abundant life.
To be honest, so focused on his current circumstances and struggle – abundance was a distant dream at this time.
Then something amazing happened …
He was handed the book Think and Grow Rich by Napoleon Hill.
This was a turning point not only in Bob’s life, but also for the personal development industry.
Bob took the book seriously. It was the first book he ever read and he followed it to a ‘T’ … studying it every day, and applying it to his life – he was obsessed with this new information.
Bob saw an opportunity cleaning floors and he bet on himself. He quickly became a successful business owner earning 6 and then 7 figures operating internationally.
Completely baffled by the truly dramatic changes that occurred in his life Bob had to answer the burning question – WHY? … Why did his life change? How could someone with no education and no business experience be creating such success?
He knew if he could answer this question, he could share it with others so they could do the same – and he set out on a new journey.
He studied the mind, human potential and himself with some of the greatest minds the world has ever known. He worked shoulder-to-shoulder with Earl Nightingale and Lloyd Conant – and low and behold after 9 years, he found his answer.
Paradigms.
Bob now had a key to unlock a treasure chest of success and fulfillment for people around the world.
Bob is now a world renowned speaker, teacher and expert on the mind, human potential and success. You see, he never did put down that book, he followed the advice of his mentors exactly, and he’s carved out a spot in history by lifting others up to their potential and dreams. Helping millions of people through the hit movie the Secret, New York Times Best Selling book You Were Born Rich, his coaching programs and LIVE events, he’s literally changed the world.
Bob shifted his paradigm.
It’s incredible to have a story so blatantly show the power we each have to overcome any circumstance or obstacle to step into greatness and live our dreams. Which begs the question, why are so many people stuck?
You’ll see in Sandy’s story that being stuck doesn’t have to look like it did for Bob where you’re swimming in debt and hate your job – it can also be hidden in the upper 6-figures of a time punching, non-purpose driven career.

Sandy went from ‘having it all’ to fulfilling her purpose –
Sandy was successful banking attorney earning in the upper six figures. She handled billions of dollars in mergers and acquisitions, was an adviser to boards and executives of Fortune 500 firms … by most standards she appeared to have it all and was the vision of success.
One day she found herself at what she thought was going to be a leadership seminar that was actually a Bob Proctor Event.
At this time she didn’t even know who Bob Proctor was and when he explained some of his ‘most powerful’ success tools like the Stick Person, she actually laughed.
She didn’t know then the impact that simple success tool would have on her life as she uses it every single day to expand her awareness and improve her personal and professional success.
At that time, Sandy was what Bob refers to as an unconscious competent. She was successful by anyone’s standard, but she didn’t know why, she wasn’t fulfilled and she didn’t have the time freedom she longed for.
At that event Sandy’s entire life changed in a moment. A moment of clarity where she realized she was completely missing a crucial part of a fulfilling life – purpose.
When Bob asked the audience to write their goal in their binders, Sandy wrote in the tiniest little text:
‘I want to create a program with Bob Proctor to bring into the companies I had worked with for 3 decades, I want to be in the inner circle of this great company and be Bob’s closest advisor’.
… and she set out on her journey of discovering and fulfilling her purpose.
There were trials along the way where Sandy was forced to step fully into her purpose or back into safety. When given the encouraging challenge to ‘Hit Send’ on an email closing her practice and following her dreams – Sandy didn’t hesitate to jump and grow wings.
Fast-forward to today and Sandy is not only Bob’s closest adviser she’s the Co-Founder, CEO and President of the Proctor Gallagher Institute.
She not only created a program to bring into corporations, she’s also created multiple programs with Bob and has more on the agenda for this year. Personally she’s enjoying more time and money freedom than she ever thought possible – not having her income related to time in the slightest bit.
Her life is full and she’s living her purpose by helping millions of people around the world with the very best information available.
Sandy shifted her paradigm. 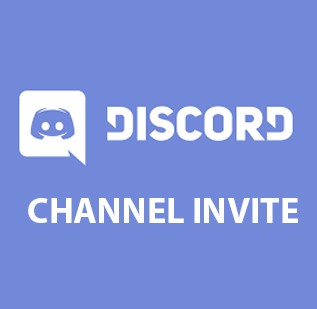